2007 boasted several fun shows with our summer melodrama and in the fall an original local production, "Ghost Capers," which was held at the Rockpile Museum.  "Ghost Capers" was written by Renee Fritzen and Nate Underwood, and Nate also did the music score to go along with Renee's lyrics!

July 2007: The Melodrama!
The Saga of the Prospector's Daughter
or
She Was Only a Miner's Minor 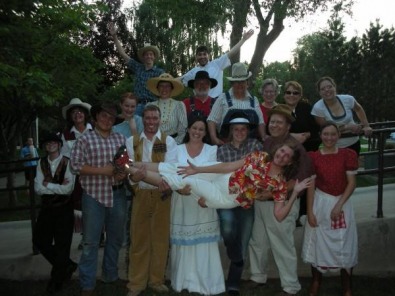 The cast of the melodrama, holding their esteemed director, Dale Bentley-Stillman 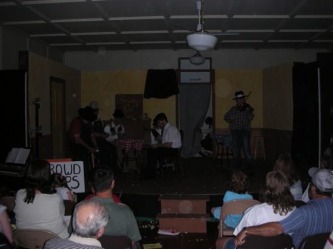 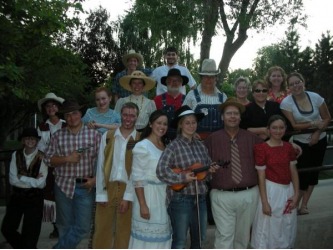 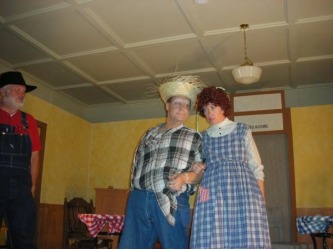 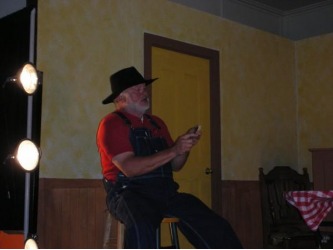